We see it every day: drivers constantly distracted by their smartphones. Talking, texting, and using apps have become a way of life in our tech-dependent era, but these habits can be extremely dangerous when behind the wheel. In fact, 3,477 people were killed and 391,000 were injured in motor vehicle crashes involving distracted drivers in 2015 alone.

The consequences from these preventable crashes are heartbreaking. In 2016, a lawsuit was filed in Georgia against 18-year-old Christal McGee, who was playing with Snapchat’s speed filter when she crashed her Mercedes into another car. She had accelerated to 113 mph when she and her three passengers slammed into Wentworth Maynard’s vehicle, causing him to suffer from traumatic brain injuries and spend five weeks in the ICU.

While using a cell phone is not the only way to drive distracted, research has proven that texting in particular is exceptionally risky behavior. According to the National Highway Traffic Safety Administration, texting uses all three types of distraction at once: manual, visual, and cognitive.

Many organizations, cell phone providers, and technology companies are stepping up to help prevent motorists from texting or otherwise using their phones while driving. Apple’s new iOS 11, for example, will include a new feature called “Do Not Disturb While Driving” to help keep drivers’ eyes on the road and off their phones. The iPhone will withhold notifications whenever it’s connected to a moving car using either Bluetooth or a cable. The phone will also automatically respond to texts with an automatic message telling the recipient that the user is driving and can’t respond at the moment.

While these are certainly steps in the right direction, End Distracted Driving (EndDD.org) Founder Joel Feldman points out that Apple has patented even more restrictive technology that is not available in this new iOS. In his article, he questions why the company might have chosen to limit its protection of iPhone users:

“What Apple is providing is far short of an automatic ‘lock-out mechanism’ which would disable all features that interfere with safe driving once the phone detects movement. Apple has patented such technology and in its 2008 patent described its function as one that ‘would prevent operation of one or more functions of handheld computing devices by drivers when operating vehicles.’(US Patent 8,706,1430). A review of what it is reported the iOS 11 operating system will and will not do makes it clear that Apple has chosen to limit the protection to be afforded to the public by drivers using iPhones while driving as compared to what it had patented.”

Will Apple eventually move in this direction and unleash a lock-out mechanism for drivers? It is our hope that the “Do Not Disturb While Driving” feature is just the beginning of emerging tech that will totally take away the temptation to use a cell phone while driving.

John Bair is an experienced settlement planner and financial consultant with a passion for ending distracted driving. As a frequent EndDD.org volunteer, he has spoken to audiences  around the country. To assist others in raising awareness, John has written numerous guides and articles about giving successful EndDD.org presentations in schools, business, and community settings. He is a proud board member of the Casey Feldman Memorial Foundation. For more information, visit http://www.enddd.org/.

What Roundup and Paraquat Have Taught Us About Gardening Risks 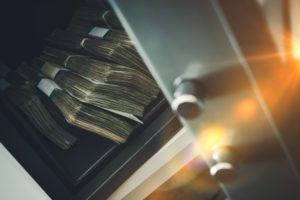 Can Attorneys Structure and Defer a Referral Fee?